In December 2017 the Royal Commission into Child Abuse in Institutions handed down its findings and gave several recommendations for making institutions child safe. The Commission found that over 90 percent of victims have mental health complaints due to their abuse, nearly 80 percent were abused several times, and that child sex abuse still occurs today in institutions.

In response the National Redress Scheme was officially launched in July 2018, with applications for compensation being held open for nine years to June 2027.

Around 60,000 child sex abuse survivors may be eligible to apply. So far, approximately 46 victims have received compensation through the scheme for abuse suffered as children.

All states and territories have now joined, with South Australia being the last to sign up in February 2019. Organisations and institutions have gradually been joining but there is still quite a number that haven’t yet signed on.

Purpose of the scheme

The scheme is designed to:

Payments are capped at $150,000, but the average payout is expected to be about half that amount. Payments won’t be subject to tax, nor will they affect government benefits.

While the scheme offers an alternative option to lawsuits, some victims could potentially claim much higher payments through the courts if they chose that route. For this reason it’s important that victims seek independent legal advice before accepting redress payments to find out what other options they may have.

In other news, two states – Victoria and NSW – have scrapped the legal loophole known as the Ellis Defence.

The legal defence was named after John Ellis who was a victim of sexual abuse by a Catholic priest as a child. As an adult Mr Ellis attempted to take legal action. However, the offending priest had since died, and it was found the Catholic church did not exist as a legal entity and so could not be sued. This is because the church’s assets were held in a legally protected trust – a protection that is unique to churches.

The Ellis Defence reforms open up the possibility of victims being able to sue churches for past abuse. In Victoria, as well as abolishing the defence, the reforms include:

The Statute of Limitations, which put time limits on bringing lawsuits for abuse, has also been abolished in Victoria. This means victims may now be able to seek civil damages from alleged abusers decades after the event.

This reform was implemented in response to the Victorian Betrayal of Trust report, which found time limitations created a significant hurdle for victims pursuing litigation against organisations.

We also have many other articles on child safety and protection on the website. 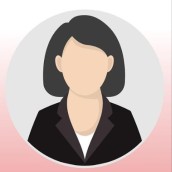